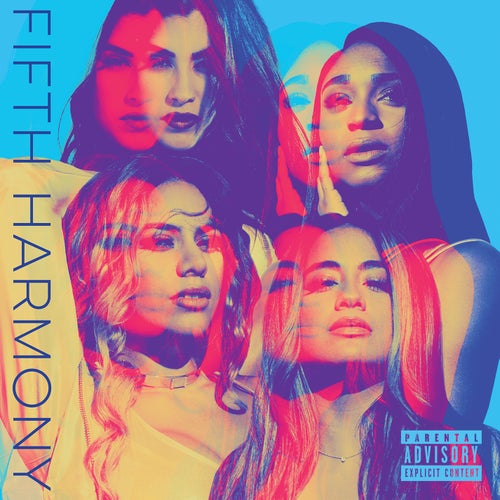 Fifth Harmony’s third album is a snapshot of pop music in 2017 – a sparkling digital sheen, voices that meld and gather strength from one another, and sly allusions to less polite genres. The latter point is underlined by Gucci Mane’s sweet nothings on the hit single “Down”; but the quartet drops plenty of slang, too, like referencing MC Hammer’s “Pumps and a Bump” and singing “he got that roughneck swagger” on “He Like That.” Most of the self-titled album fits snugly into the electronic pop category, with “Make You Mad” (which sounds like a Major Lazer cut) and “Deliver” among the highlights. They slow down the tempo for “Don’t Say You Love Me,” which builds around an acoustic guitar melody and a tear-stained confessional. --Mosi Reeves 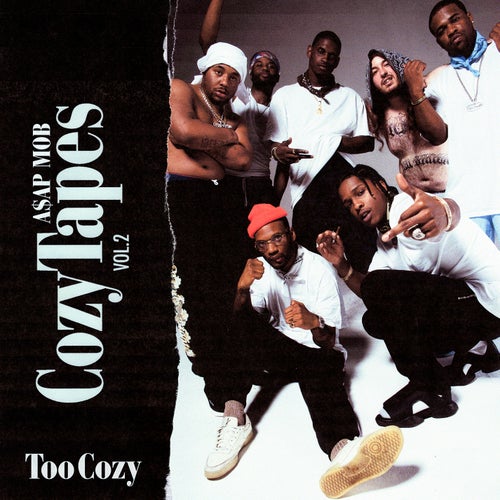 A$AP Mob’s mixtape opens with a pair of friends cracking foul jokes on a school bus that’s apparently en route to Yamborghini High. But despite a handful of similar skits, Cozy Tapes Vol. 2: Too Cozy resembles an open studio session, with various famous friends dropping by to pay respects to A$AP Rocky and Co. “Blowin Minds (Skateboard)” includes an opening verse from Chief Keef, “Please Shut Up” includes a Gucci Mane cameo, and Lil Yachty and Schoolboy Q stop in for “Bahamas.” Among the highlights are the Big Sean-enhanced “Frat Rules,” and “What Happens,” where A$AP Mob joins forces with Pro Era and Flatbush Zombies for a Beast Coast explosion. --Mosi Reeves 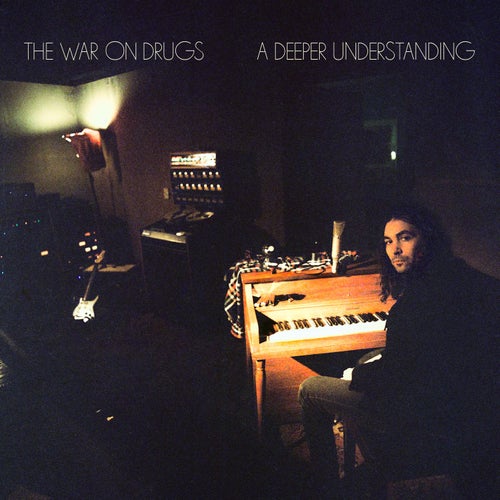 The War On Drugs, A Deeper Understanding

The idea behind A Deeper Understanding, The War on Drugs’ debut for Atlantic, is pure genius: indie rock, shot through with drum machines and synthesizers, that connects the epic dreaminess of psychedelic drone with the brooding heartache of Tunnel of Love-era Bruce Springsteen. Needless to say, every last tune, from the throbbing “Holding On” to the ether-like “Clean Living,” is a huge, sprawling wall of sound into which Adam Granduciel’s hushed, heartland-kissed rasp comes embedded. Lyrically speaking, the album is a song cycle revolving around the disintegration of a relationship, one Granduciel is incapable of coming to terms with until the closing “You Don’t Have to Go,” a gauzy, swelling piano ballad that may be the most gut-wrenching moment on an album littered with them. -- Justin Farrar 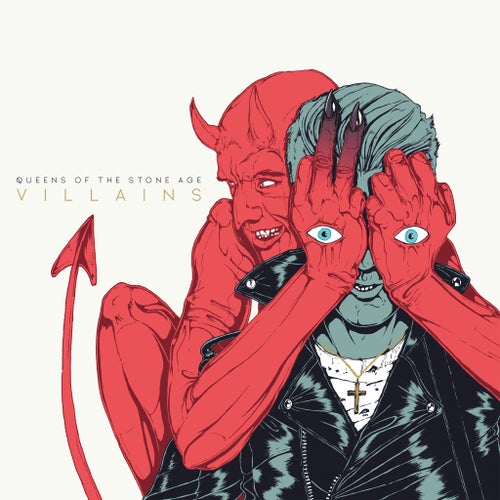 Queens of the Stone Age, Villains

On their eighth studio album, these stoner-rock spinoffs allow themselves to get even less metal (and more…Motown, maybe?), though you’d never know it from the song lengths, three of which exceed six minutes and three more bypass five. “The Way You Used To Do” is straight-up guitar boogie, and “Head Like a Haunted House” a whole lot faster and punkier. Then, after the fairly blatant (if longer than Marc Bolan would ever do) T. Rex rip “Un-Reborn Again,” they dive into ‘80s synth-pop – just louder, more convoluted, and more long-winded than most such stuff. --Chuck Eddy 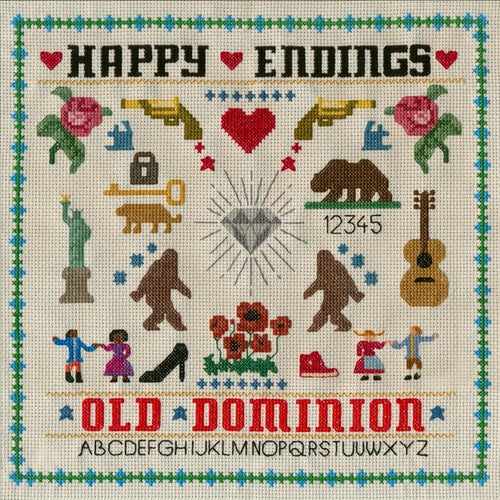 The Virginia-based pop-country combo start out clever, immediately wondering in “No Such Thing As A Broken Heart” what’s happened to Jack and Dianne over the past several decades. They never quite answer the question, but in “Written in the Sand” they do tap into the new country theme of what happens to smart and talented women when their men aren’t quite so talented. “Hotel Key” and “A Girl Is A Gun” have strong ladies too, not to mention fairly funky basslines. And live closer “Can’t Get You” has you getting drunk, a cab, the phone, and a whole lot of other things. --Chuck Eddy 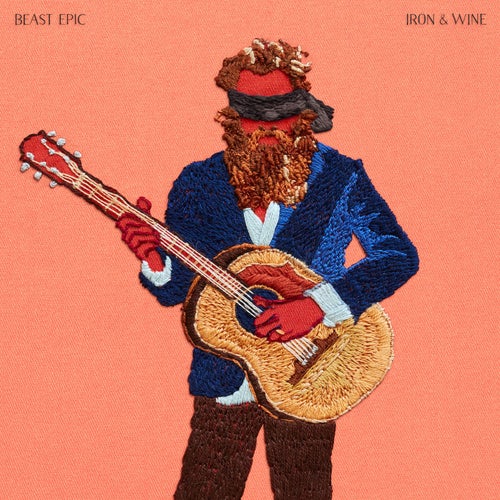 Beast Epic finds Sam Beam (a.k.a. Iron & Wine) coming full circle in several key ways. To begin with, the album has been released on indie institution Sub Pop, the label with which the singer-songwriter got his start in the early ’00s. But far more important is the fact that Beam has returned to the rustic indie folk of those early years. The intricate and oftentimes eccentric baroque pop found on his recent collaborations with fellow singer-songwriter Jesca Hoop and Band of Horses’ frontman Ben Bridwell respectively makes way for warmly plucked acoustics, weepy pedal steel and ghostly, Neil Young-style pianos. Of course, some things can’t help but change, namely Beam’s voice. Dive into the rickety “About to Bruise” or the country-tinged “Right for the Sky” and the singer now possess the kind of dexterity, depth and nuanced soulfulness that only comes with time and experience. -- Justin Farrar 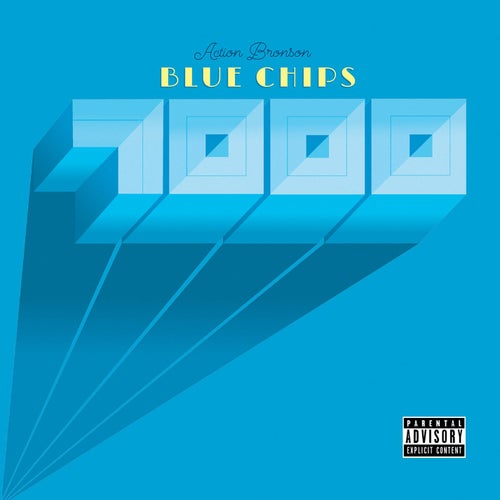 Blue Chips 7000 marks a return to the sampled, loop-based randomness of Action Bronson’s early mixtapes. The tracks clock at 3 minutes or less, and the Blaxploitation and cop-funk vibes evoke a seamy, deep borough culture of his native Queens, New York. As for his rhymes, it’s the usual medically-enhanced ridiculousness: he calls himself a “teenage heartthrob” on “Wolfpack,” and on “Bonzai,” he raps, “Now I’m laying in the bed naked/My chick said I look like Kevin Bacon/I’m not sure if that’s a compliment or not but I’ll take it.” “Let Me Breathe” samples from “Fat Boys Are Back,” and “The Chairman’s Intent” finds him lilting in an off-key voice, “You don’t even know me.” --Mosi Reeves