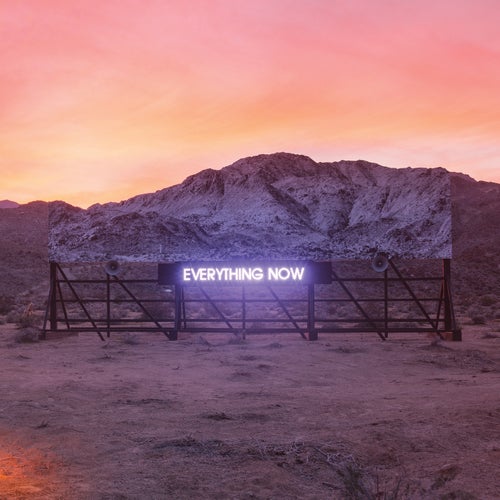 Everything Now is exactly what Arcade Fire deliver on their ambitious fifth album. Marrying the groove-first ethos underlying 2013’s Reflektor with the pop song craftsmanship marking the band’s first couple releases, Win Butler and crew drift through Abba-kissed disco hypnotics (“Electric Blue”), cosmic country sway (“Infinite_Content”), throbbing synth-pop (“Creature Comfort”) and even a little ska (“Chemistry”). It’s a mix--as dense as it is expansive--intentionally designed to overwhelm the listener’s senses. After all, Everything Now embraces the very thing it critiques: a buzzing, busy modern world over-saturated with media, hype and gadgets. Butler gets to the heart of the matter on the glitzy, purring title track when he croons, “Every inch of space in your head is filled up with the things that you read. I guess you've got everything now. And every film that you’ve ever seen fills the spaces up in your dreams.” Well said. -- Justin Farrar 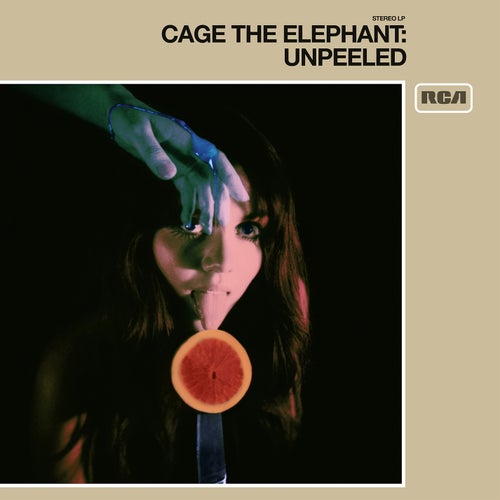 You can blame Neil Young for Cage the Elephant’s fifth album. After playing Young’s final Bridge School Benefit in 2016—a show where all artists are mandated to unplug—this audacious Bowling Green, Kentucky outfit was required to strip their songs down to their bare bone acoustic origins. But instead of defanging their rowdy, suggestive, unrelenting rock action, it concentrated it all into a tight ball of kinetic energy begging to be released. So surprised at how well it went over, Cage mounted a small tour and recorded their efforts. Unpeeled is the result; a strong, considered reworking of their canon, raw and uncompromising and revealing exactly why they are rock’s best hope for survival. --Jaan Uhelszki 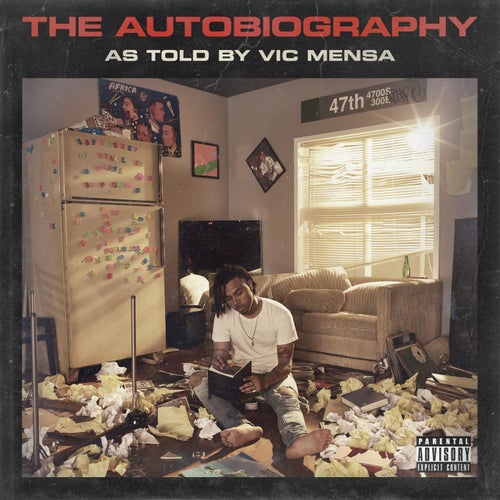 Vic Mensa’s The Autobiography documents the life story of the young Chicago rapper in comic and tragic terms. There’s a funny piece about a ménage a trois in “Homewrecka,” a track that seems to celebrate good smoke but is actually about addiction (“Rolling Like a Stoner”), and a reminiscence of teenage disobedience on “Memories on 47th St.” “My self-destructive habits got me itchin’ like Tyrone Biggums,” raps Mensa in reference to Dave Chappelle’s crackhead character. Mensa mostly picks himself apart but by the album’s end he contextualizes his personal struggle as part of a generation’s quest for meaning in uncertain times. “I want you to rage into the light,” he sings on “Rage,” “before your final fight.” --Mosi Reeves 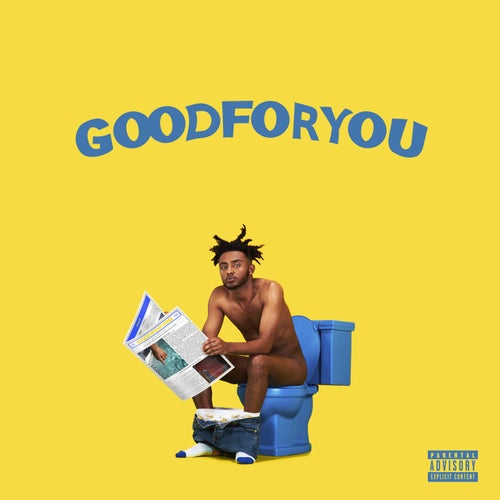 Aminé, Good For You

Aminé seemingly emerged out of nowhere last year with the hit single “Caroline.” A year later, he’s obsessing over women. He harmonizes that he wants a “Spice Girl,” and he sings, “This is dedicated to my ex-lovers” on “Wedding Crashers,” right before a verse from Migos rapper Offset kicks in. Good For You has a jaunty, carefree tone as he navigates youth and romance. But there are a few dark clouds amidst the pop-rap sunshine. On “Turf,” he wonders if he’ll ever break out of a neighborhood filled with bullies and reckless cops. For “STFU,” he rues the pressures modern-day music listeners place on performers, and complains, “Fans want the music, but they want a politician.”--Mosi Reeves 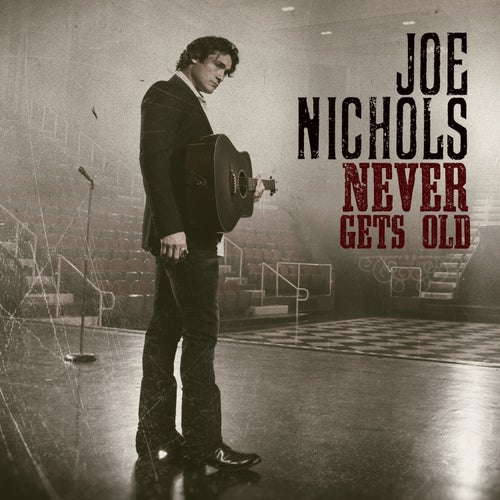 Alternating between borderline bro-county (slide-guitared “Tall Boys”) and strong-silent-type Travis/Strait/Jackson-style traditionalism, Nichols namedrops Tom Petty in two of his ninth album’s first four songs – though admittedly, the second one also mentions the Beatles, Stones, James Taylor, Jimmy Buffett and more. He even meet-cutes a red-lipped, black-haired, lighter-raising “rock’n’roll angel” in a Petty concert’s third row. But the vets. cops and Jesus in “We All Carry Something,” are more downcast, and the album gets more romantic (also reverent: see “Billy Graham’s Bible”) as it progresses – at least ‘til the honky-tonked, half-skitted half-cover of Sir Mix-a-Lot’s “Baby Got Back” at the end. --Chuck Eddy 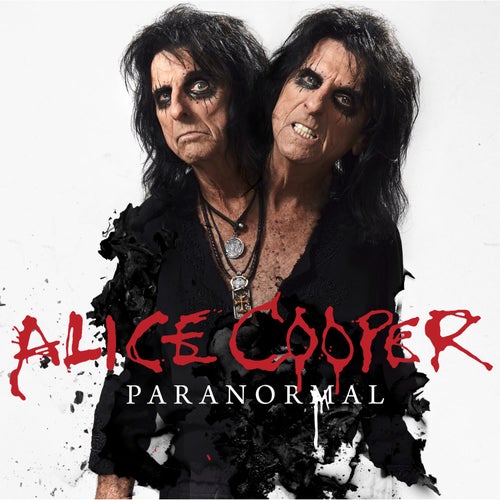 His 44-year-separated Alice Cooper Band doesn’t join him ‘til the garage-rockish end (starting with the amusingly trans-gendered “Genuine American Girl”), but the real throwback acid-rock here involves other guys (including, briefly, Billy Gibbons and Roger Glover.) Riffs are grimy throughout, Alice mentions angel dust of all substances in “The Sound of A,” and if he gets vaudevillian, tap-dancey and show-tuney now and then, he still recalls the Detroit that punk and metal evolved out of. Also remembers his own (and others’) songs enough to namedrop them — and even when jazz fusion was the real underground. He’s funny about it, too. --Chuck Eddy The Fall’s 32nd album is ugly, bludgeoning, repetitive--and utterly genius. Anchored by Mark E. Smith’s thoroughly unintelligible (yet uniquely musical) gurgles, slurs and mumbles, the post-punk greats exorcise their music of any and all pop hooks while at the same time laying down one brutal groove after another. On the garage-rocking “Fol De Rol” bass and drums drop like hammers, while contrapuntal guitars crawl up the arms like hairy spiders. Even more intense is “Couples vs Jobless Mid 30s,” noise-rock psychedelia soaked in reverb, riddled with ghostly effects that would make the Buthtole Surfers proud and falling to pieces nearly every 30 seconds. Accentuating all this clattering weirdness is a production style that twists everything out of proportion, kind of like funhouse mirrors. The Fall are in their fifth decade of existence and only getting weirder. It’s downright inspiring. -- Justin Farrar 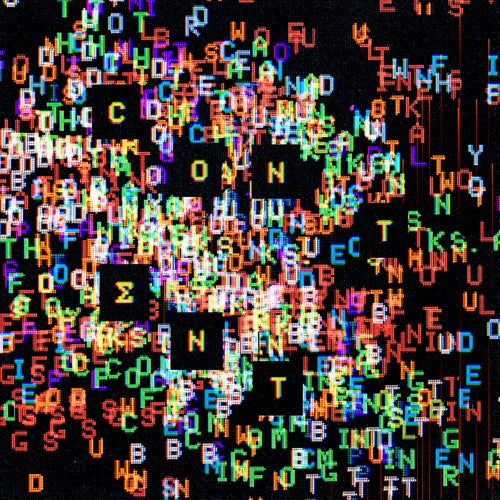 Ironic, smart, and sometimes goofy, in the way that Weezer was around the time of “Undone,” Joywave attempts and often succeeds in being all things to all people, beginning with title track’s throwback soft/loud/soft aesthetic that dominated the ‘90s, to the menacing rhythmic alt metal buzz of “Rumors," before this Rochester, New York quintet wades into darker waters on “Doubt,” an anxious, literate read of modern life. Funny, especially since the album title’s double-meaning is reportedly the answer to their 2015’s debut How Do You Feel. While clever, sonically sophisticated and emotionally charged, this hardly feels like contentment. --Jaan Uhelszki