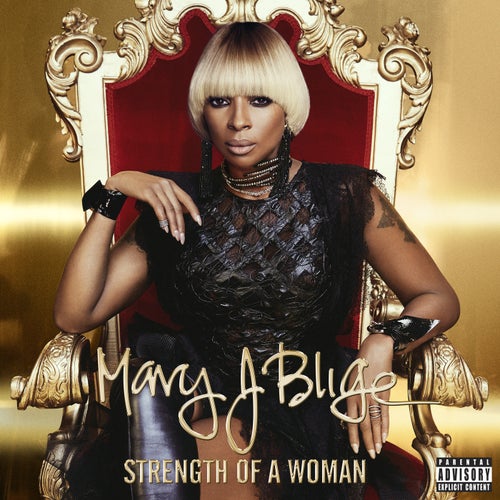 No one expected the return of “sad Mary,” as she once called her early 90s classics like My Life, least of all Ms. Blige herself. But the breakup of her marriage has resulted in renewed focus, and the redemptive Strength of a Woman. The throwback soul of “Thick of It” sounds just as terrific as it was as a 2016 single, while a duet with Missy Elliott and Quavo on “Glow Up” is more effortlessly contemporary than some of her recent work. Lyrically, she lands some hard blows – “All this time, to think you were here just for my name,” she claims on “Set Me Free” – that make this a thrilling example of a queen who shouldn’t have been scorned. --Mosi Reeves 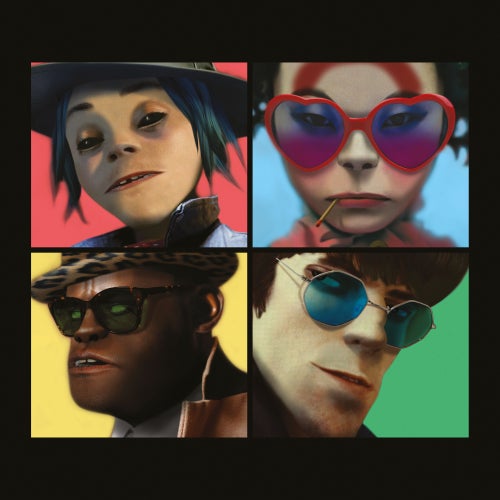 Gorillaz’s fifth album (and first in seven years) is a profoundly topical affair, one that reflects the political turmoil surging across the globe in 2017. But that doesn’t mean it’s a dark record. Quite the contrary. On the aptly titled Humanz, Damon Albarn, Jamie Hewlett and their long list of collaborators create a slew of we shall overcome-style anthems that blend touches of alt-rock, hip-hop and R&B. Thematically speaking, it balances social concerns with those of the spirit, while at the same time shading them together. Where the bubbling “Let Me Out,” featuring gospel icon Mavis Staples and Pusha T, meditates on questions of salvation both on earth and in the hereafter, the Benjamin Clementine-led “Hallelujah Money” sounds like a church hymn yet is a very pointed critique of xenophobia and greed. If you’re craving modern music that’s relevant, though-provoking and emotionally moving, Humanz will have you hooked. --Justin Farrar 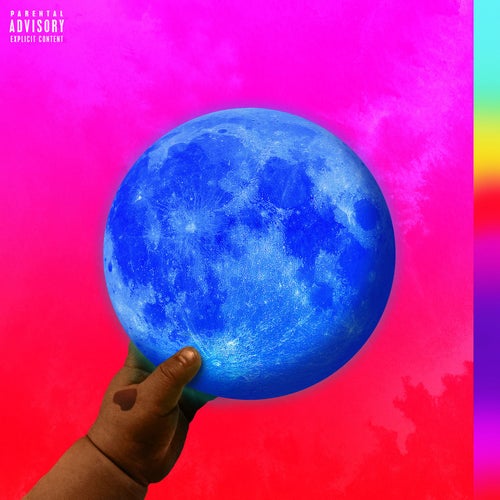 After 2015’s Seinfeld-inspired concept suite The Album About Nothing, Wale’s Shine is a return to good-natured partying and braggadocio. There’s none of the career angst that marked previous albums like Ambition; instead, the DC rapper bookends “Scarface Rozay Gotti” by harmonizing, “All I want to do is live out my dream.” Many of the tracks reveal an internationalist vibe similar to Drake’s recent More Life. Nigerian singer Wizkid bridges the gap between highlife and Afrobeats on “My Love,” while his countryman Davido sings the hook on “Fine Girl.” A Donald Byrd loop on “Thank God” and a pairing with Chris Brown on “Heaven On Earth” is more proof that Wale seems to be enjoying a life of rap luxury. --Mosi Reeves 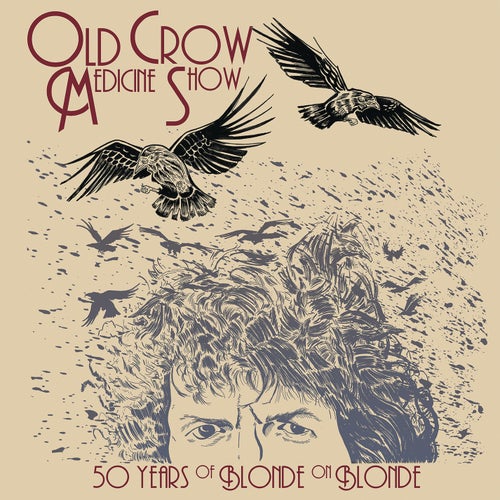 In front of a Country Music Hall of Fame crowd in mid-2016, right around when Dylan’s likewise Nashville-recorded original version blew out its half-century candles, these wagon-wheeling old-timey string-revival journeymen pay mostly reverent tribute to a recklessly rollicking record. They cover all 14 songs, in order, sometimes shortening them by a minute or two; “Pledging My Time,” “Temporary Like Achilles” and “Obviously 5 Believers” get tightened into speedy hoedowns more bluegrass than blues — the latter with cheeky high notes. “Leopard-Skin Pill-Box Hat” has more Dixieland hokum to it. And thanks to Bobby’s old label, Columbia, it’s all yours to hear. --Chuck Eddy Katy Perry offers herself on a platter, literally, in her new single “Bon Appetit.” Backed by upbeat electronic dance production, Katy uses food references to reel in her lover by telling him that she has an “appetite for seduction” and the cure for his hunger; she is on the menu. When the music breaks down adding treble and 808’s, Migos trade verses until the tempo picks back up to regular speed and Quavo sings his auto-tuned ad libs along side Katy to help close this delicious new track.--Jazmyn Pratt 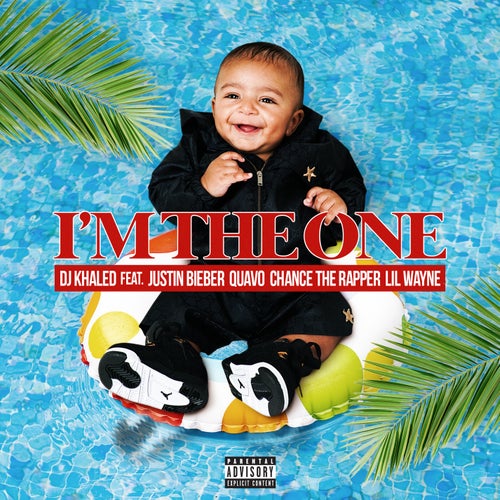 DJ Khaled’s latest single is taken from his forthcoming album Grateful, which is partly a tribute to his months-old son. Justin Bieber’s personality dominates here: He sings the first verse and delivers the chorus that’s heard throughout, while the track itself sounds like an outtake from his sessions with Major Lazer. Meanwhile, Quavo of Migos and Lil Wayne drop verses, and Chance the Rapper offers Netflix-and-chilling as a method of seduction. --Mosi Reeves 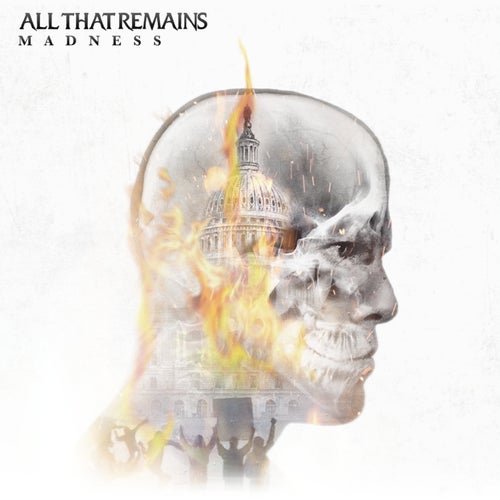 All That Remains, Madness

It should come as little surprise that All That Remains sound more psychically damaged than ever. The title of their eighth album is Madness, after all. The band’s trademark blend of metalcore heft and hard rock hooks is still present, but it’s now smothered in dense layers of phantom electronics and programmed percussion that give the music a profoundly claustrophobic quality. This is even true of the more melodic cuts, like the fatalist anthem “Nothing I Can Do” and “Rivercity,” one of the set’s handful of bona fide power ballads. That said, to hear All That Remains at their heaviest and most gnarly, blast “Safe House;” its violently jagged, start/stop rhythm and searing hot licks are sure to give you whiplash. --Justin Farrar 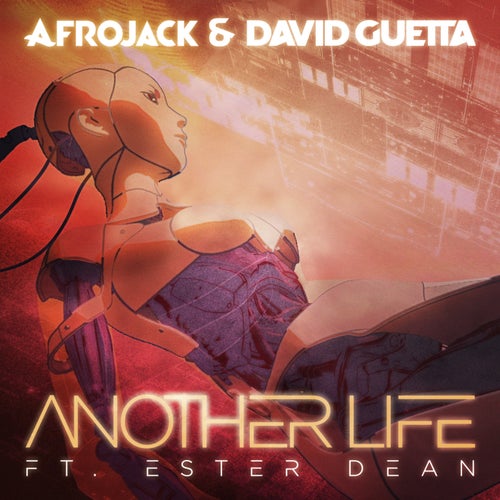 Afrojack and David Guetta, “Another Life”

Three years after Afrojack and David Guetta created their smash hit “Hey Mama,” the duo have reunited again to create their debut single, “Another Life.” The track opens with soft electronic piano notes and drum machine instrumentals as singer-songwriter, Ester Dean, belts out verses about a failed love affair she hopes to rekindle in another lifetime. As the tempo steadily builds and Dean’s vocals intensify, an array of pleasantly unidentifiable sounds effortlessly burst into a unique combination that Afrojack and Guetta have mastered throughout their many years of musical partnership. Because of their successes from their past collaborations, it’s almost to be expected you can hear this track in the hottest dance clubs around the world this weekend! --Jazmyn Pratt 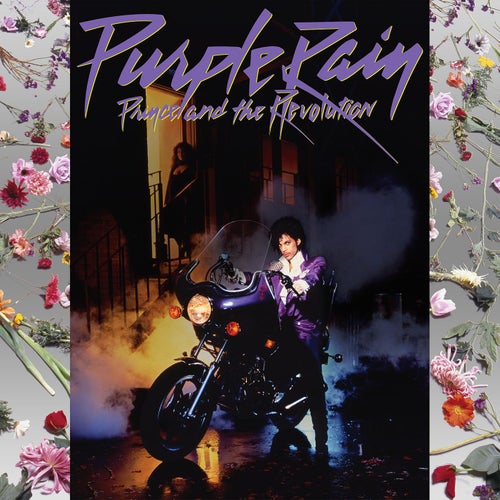 This outtake from Prince’s famed Purple Rain sessions has all the qualities of his classic era, including the knocking Linn drums, the screams of ecstasy and the bizarrely sexual lyrics. “I’ll shock you with my lyrics!” he sings at one point. The tone is reminiscent of “The Beautiful Ones,” and the Purple One performs some haunting keyboard and synthesizer riffs near the track’s end. --Mosi Reeves