This week's releases tackle a spate of modern-day issues, from Father John Misty's intellectually compelling ruminations to Joey Bada$$' take on the state of the urban landscape. But The Chainsmokers finally drop a full-length that should buoy your spirits along with the pop punk fuzz of Diet Cig, the candy-washed hues of The New Pornographers and more. 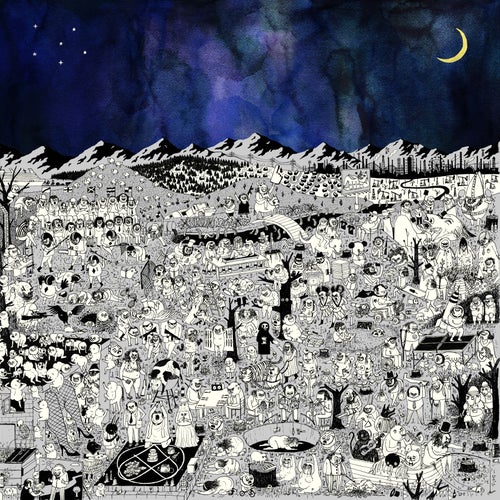 Pure Comedy, Josh Tillman’s third album under the Father John Misty rubric is an epic undertaking. A sprawling construct at 75 minutes, it turns molehills into mountains in a post-Trumpian world, dire and almost apocalyptic in its scope. Smart, ironic, polarizing and tightly written with intellectual conceits that reveal a shrewd, refined and media savvy mind that grabs modern culture by it’s bloated neck to shake out some truth, all done with a deceptively understated voice that sounds at turns like Elton John or Jackson Browne. But it’s not only ‘70s singer/songwriters that he resurrects -- there is something thematically aligned with the ennui and disgust of Neil Young’s 1974 album On the Beach*, especially the 13-minute opus “Leaving LA” that is the centerpiece of the album, which traces his move to New Orleans with his new bride in 2013. An unexpected masterwork by the former Fleet Foxes drummer, this album is more Cosmic Joke than Pure Comedy, although not laughable by any means.  --Jaan Uhelszki 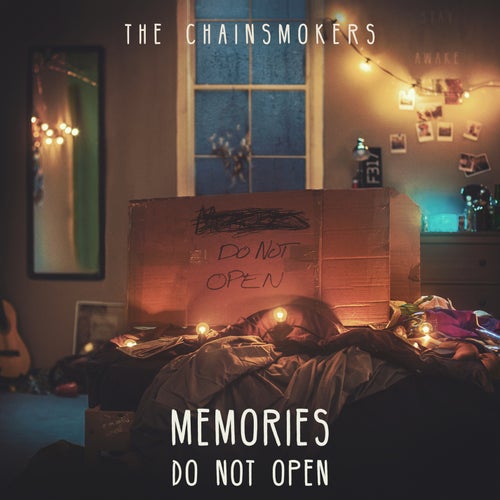 The Chainsmokers, Memories… Do Not Open

EDM duo The Chainsmokers often grace Billboard charts despite the lack of an album to maintain their popularity. Memories… Do Not Open* is sure to catapult the group to further meteoric status. Lead track “The One” opens as an acerbic sentimental acoustic number that fuses with welcome electronic production emerging midway. While it sounds like a typical love song, its lyrics belie a wary reluctance, perhaps clarified by the following track, “Break Up Every Night.”  “Bloodstream” is a highlight, marrying spacious key and drum arrangements with warm and sometimes apoplectic synth swells, as is “Something Just Like This” featuring Coldplay. --Sara Jayne Crow* 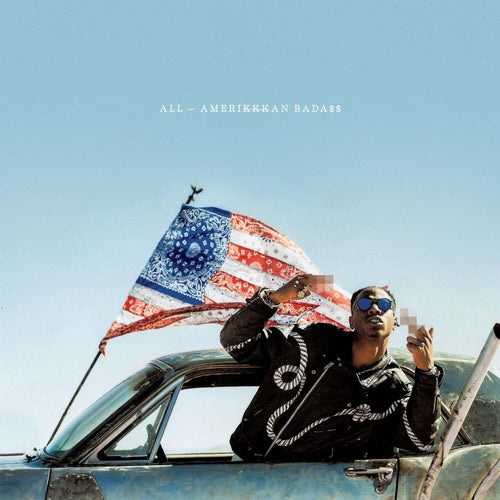 Joey Bada$$' second retail album is almost solely dedicated to the country’s dangerously polarized mood. “This for my people trying to stay alive and just stay peaceful,” he sings on “For My People.” Longtime fans will notice that he does a lot more harmonizing, especially on the cathartic “Devastated.” But there is plenty of boom-bap ciphers, too –- he rhymes alongside Styles P on “Super Predator,” and gathers his Pro Era crew for “Ring the Alarm” –- even if the topic tends to be politics, not murdering MCs. “Sorry, America, but I won’t be your soldier,” he raps on “Land of the Free.” “Obama wasn’t enough, I need some more closure.” --Mosi Reeves* 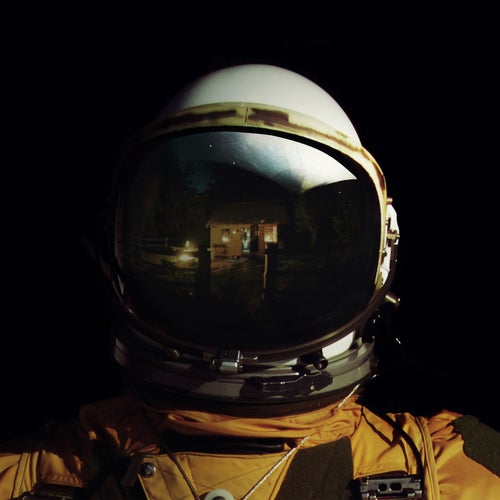 This Las Vegas quintet, fronted by ex-Escape the Fate ex-con Ronnie Radke and coming off three straight Top 25 albums since 2011, aren’t particularly heavy as screamo-core goes. They work in moderately punchy rock riffs in “Broken” and “Hanging On,” but they’re more given to electronic keyboard underpinnings. Which is fine, especially in the three pre-release singles kicking off the album: The title opener even progresses from holiday carolers ringing your doorbell to a robotic talkbox part. Radke’s whispers and whines ultimately gravitate toward revenge against friends and lovers who’ve let him down, before descending into near-gothic gloom. --Chuck Eddy 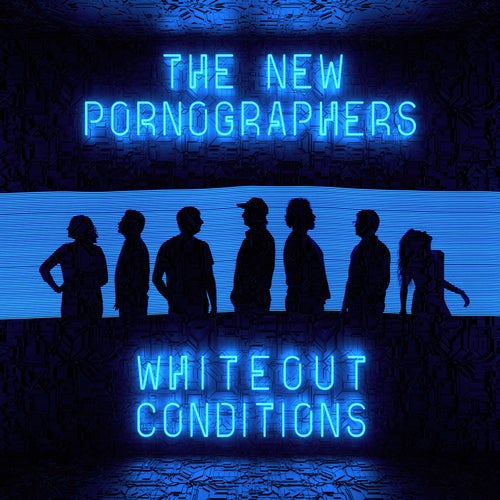 In a world where very few things are certain, there is great comfort to know there are some things you can rely on, like the knowledge that you can lose yourself in the swirling synths, layered harmonies and candy-hued washes of the perfectly constructed sound of The New Pornographers. Just like it was 2000 again, when this Canadian collective issued Mass Romantic* and the only thing to worry about was the dot-com bubble burst, and the Pyrenean Ibex going extinct, Carl Newman and his cronies have spun another gossamer cocoon of relentless, off-beat giddy power pop to let you shut out the bleak world for a minute. But that’s not to say this is silly mindless pap pop. No indeed. While their music may be upbeat, the lyrics say something else all together, beginning with lead off cautionary tale “Paper Money,” which features lead vocals by long time, but intermittent member, Neko Case. While Neko is a prominent throughout, this is the first album not to feature the quirky songwriting of Dan Bejar -- who hasn’t quit the outfit, but decided to sit this one out because of a different aesthetic -- and marks the first with new drummer (since 2014) Joe Siders as a full-time member. --Jaan Uhelszki* First things first: Cold War Kids’ sixth full-length opens with one of the most potent cuts that the Southern Californians have ever laid down in the studio; “Love Is Mystical” is a howling, stomping, bluesy anthem that proves the indie rock vets are still young romantics at heart. As for the rest of L.A. Divine*, it certainly lives up to its audacious introduction. Before journey’s end listeners are treated to an enthrallingly soaring falsetto that punches through the funky “No Reason to Run,” the dreamy, glitter rock allure of “Luck Down” and, finally, a flickering meditation on human potential in “Free to Breathe.” --Justin Farrar* 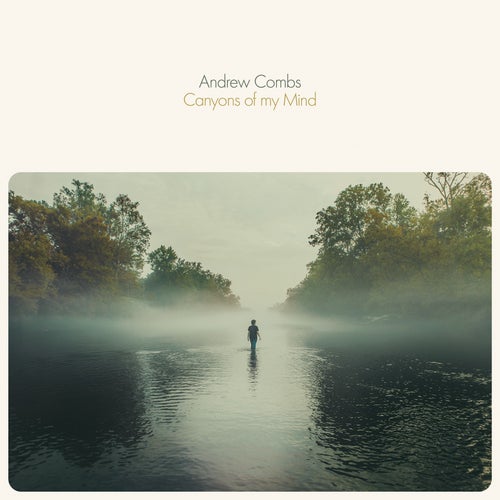 Andrew Combs, Canyons of my Mind

This Nashville-via-Dallas alt-country hopeful names the second song on his third album “Sleepwalker,” which somewhat sums him up –- almost stubbornly low-energy, his slow and quiet, high-and-airy-voiced sensitivity about women named Hazel, Christina and Lauralee he’s seemingly loved and lost clearly inhabits the folkiest end of the Americana spectrum. Still, some moderately propulsive strumming lets him ramble Kristofferson-like through New York City in “Rose Colored Blues,” and the organ-and-guitar buildup of “Bourgeois King” could warrant a hard-rock cover version. “Heart of Wonder” has a sax climax, and in “Dirty Rain” he makes a case for ecology. --Chuck Eddy 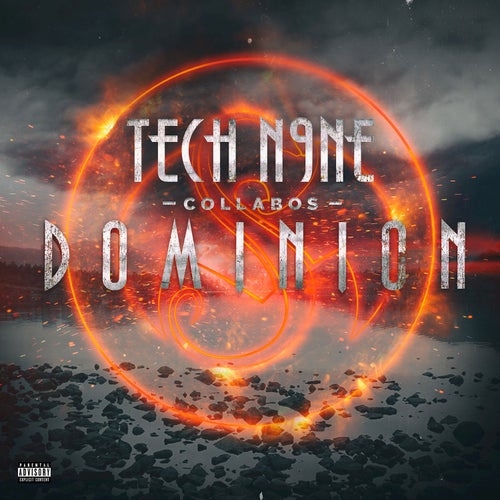 Every few years, Kansas City rapper Tech N9ne assembles his Tech N9ne Collabos showcases for his Strange Music roster. He usually appears on most of the tracks, but Dominion finds him mostly absent, leaving the music to his protégés. Underrated duo Ces Cru make the best impression, thanks to “Casket Music” and “The Answer.” “Put Em On” introduces Darrein Safron, while “Shoe Game” belongs to Mackenzie Cole,” and JL has some nice lyrics about using a random rap CD as a doobie tray on “Some Good.” There are trap bass melodies on “Nevermind Me” and hyphy beats on “Wheels Like Steel,” suggesting that Strange Music has moved away from its rap-rock past. --Mosi Reeves 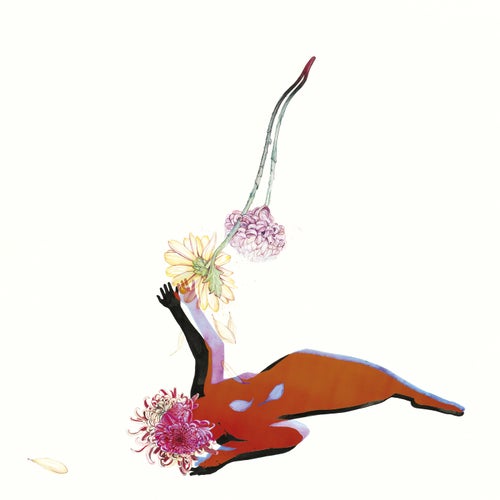 If 2014’s Singles*, Future Islands’ commercial breakthrough, is all about grand gestures and dramatic arcs, then its follow up chiefly concerns itself with understated beauty and subtle emotional resonances. Singer Samuel T. Herring, so demonstrative and acrobatic in the past, retreats to the nooks and crannies of a voice steeped in subtle longing. The band, meanwhile, thicken up their synth-pop; this time around it’s less wiry and iridescent and more textural and gauzy. If there are unifying themes to be found on The Far Field*, they revolve around movement and flight. Not only do they pop up in the lyrics of “Ran,” “Beauty of the Road" and “North Star,” they seep into the band’s rhythms, which purr like cars setting off for far-off locales. --Justin Farrar* 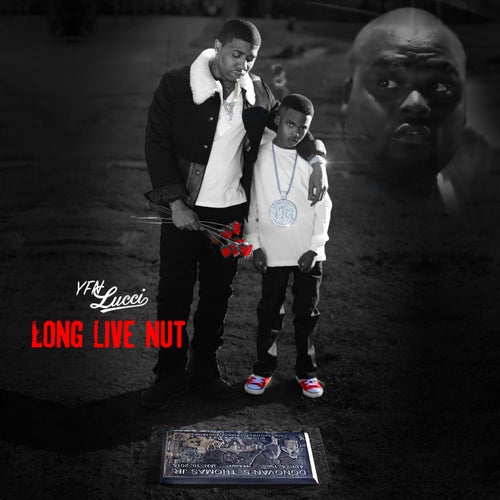 Atlanta rapper YFN Lucci dedicates his new EP to his late friend, Nut, who mentored and helped pave the path to his music career. Long Live Nut is engulfed in electronic piano notes and synthesized trap beats while Lucci raps in his melodic style about his life lessons and humble beginnings. He recruited a bevy of artists including Rick Ross, Boosie Badazz, Lil Durk, and PnB Rock who is featured on “Everyday We Lit,” which serves as the turn-up song on the project where the two celebrate their successes and lavish new lifestyles. --Jazmyn Pratt 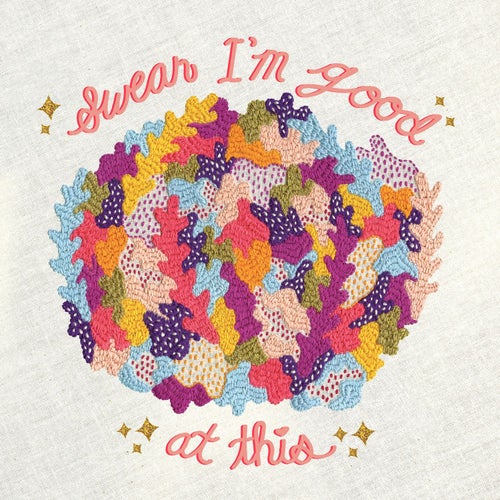 Diet Cig’s debut full-length, Swear I’m Good at This*, more than lives up to all the pre-release hype bestowed upon it. As the fuzz-drenched “Bite Back” demonstrates, Alex Luciano and Noah Bowman’s ecstatically twirling pop punk unleashes all the radiating energy of a nuclear reactor in meltdown. But what ultimately makes their music so endearing is its naked honesty and blush-inducing vulnerability. Luciano doesn’t write lyrics so much as set diary entries to music. When the vocalist and guitarist sings “I’m only 21 one years old, and I’m drinking alone” in the aptly titled “Barf Days” she isn’t being clever, but being brutally honest. --Justin Farrar* 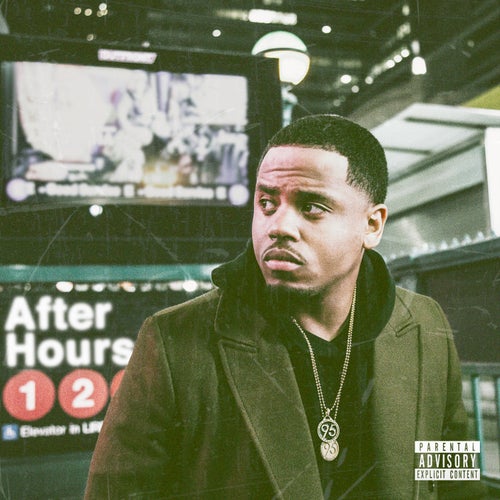 After taking a two-year break from music to focus on his acting career, Mack Wilds is back with a sexy new love album, AfterHours*. If the title doesn’t give it away, “Intro” sets the tone to let you know it’s full-on baby-making music. Wilds’ emotions spill over on the lusty “Obsession,” the love-drunk “Couldthisbelove?,” the heartbreaking “Explore,” and he shows off his rapping skills while sampling Ginuwine’s “Stingy” with his own version of the track with the same title. --Jazmyn Pratt*