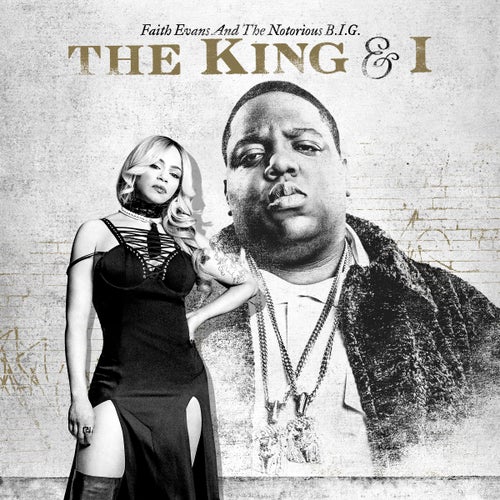 Faith Evans and The Notorious B.I.G., “NYC” (Featuring Jadakiss)  and “When We Party” (Featuring Snoop Dogg)

Faith Evans and her late husband, The Notorious B.I.G., pay their respects to the East and West Coasts with the singles, “NYC” and “When We Party.” “NYC” is an updated version of Biggie’s unreleased freestyle “Mumbling and Whispering,” using the verses, somber piano notes and snare drum with added DJ scratches. New York rapper Jadakiss drops lines about life in the big city while Faith Evans sings that she has “love for New York City.” “When We Party” celebrates the West Coast with old school G-funk; Biggie’s bars are sampled from his single, “Going Back to Cali,” while Snoop Dogg and Faith celebrate California’s party scene. During Biggie’s life, there was extreme animosity between the two coasts, but these singles show his respect for each while also honoring his legacy.* –Jazmyn Pratt* 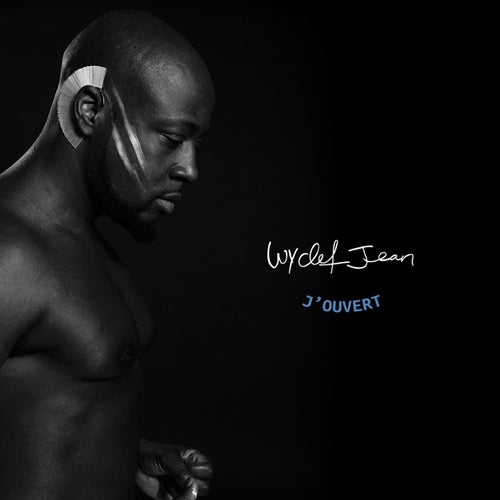 J’ouvert, which refers to the opening of Carnival season, is a reminder that Wyclef Jean mixed American pop with Caribbean island music long before Drake and Rihanna. Many of the songs have a calypso sensibility; he tangos with Young Thug on “I Swear” and commemorates his homeland on “Lady Haiti.” The former Fugees frontman sings and harmonizes for much of his first album in seven years. But on “Hendrix,” he remembers his upbringing in a crime-infested New Jersey neighborhood as he raps, “When my cousin got his first Tec, I was playing Jimi Hendrix in the basement.” –Mosi Reeves 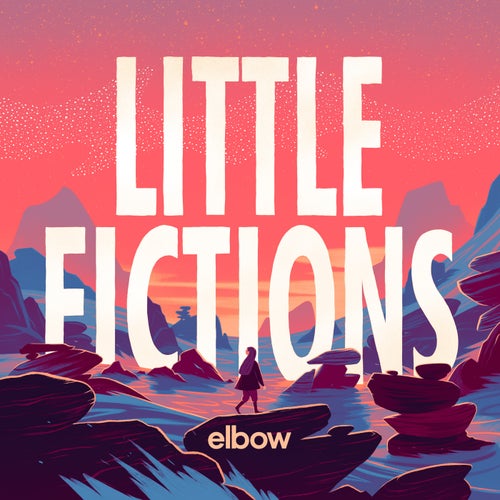 For 25 years, Elbow has managed to make beautifully layered high-minded albums like the sort The Moody Blues used to craft in their middle period and Radiohead did in their early days. Grandiose and epic, from the beginning these five friends from Bury, England, outside of Manchester, weren’t just creating finely wrought anthemic music, they were searching for meaning; merging the macro and the micro, the personal and the political, showing that both were exactly the same thing. On their seventh album, Little Fictions, they are still continuing on that thorny path toward love and enlightenment albeit without their drummer Richard Jupp with whom they amicably parted ways with last year. But it is his absence that seems to have freed Elbow to explore different tempos, expressions and thought processes from the sparse and unadorned “Gentle Storm,” a love ballad with minimal percussion and spare keyboard chords and the Stone Rose-ian dance rhythms of “It’s All Disco,” inspired a chat singer Guy Garvey had with Pixies frontman Frances Black, to the arrhythmic heart stopping stutter of “K2” about Brexit, and the tour de force title track, “Little Fictions.” Make no mistake; this is anxious music for anxious times, but not music without hope and promise for the future. –Jaan Uhelszki Jeremih (Featuring Chris Brown and Big Sean), “I Think of You”

Jeremih drops a hot new single just in time for Valentine’s Day. “I Think of You” samples Montell Jordan’s “Get It on Tonite,” with verses from fellow hitmakers Chris Brown and Big Sean. This upbeat love song is full of falsettos and crooning from Jeremih and Chris, while Big Sean’s bars serve as a finale. “I Think of You” is fun, lovey-dovey and the perfect song for the drive on the way to Valentine’s Day dinner. –Jazmyn Pratt 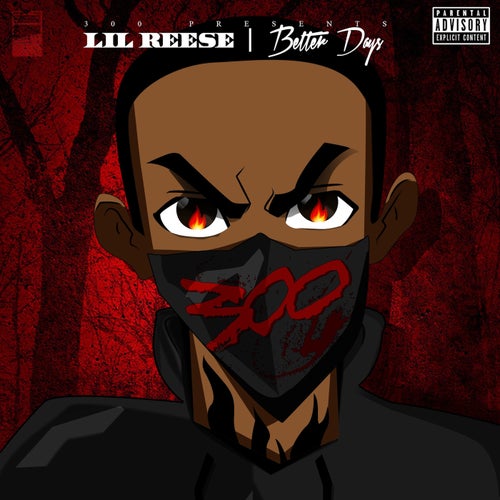 This 30-minute mixtape is a startling display of hard gun talk. Lil Reese tends to rap like he’s making a series of statements, especially on “1Time,” where he clowns snitches, and he lyrically paints a portrait of a man hustling on the block “hanging with the killers, every time.” “Tellem Nothin’” delves into the mind of a drive-by shooter and on “Dizzle Flex” he raps, “My main focus is cash,” ostensibly by any means. The beats are stripped down to spare piano keys and menacing bass drums. Casual listeners may surmise that Lil Reese’s uncompromising words are a reflection of his Chicago hometown’s spiking murder rate. But for fans of drill rap, *Better Days *will sound like thrilling stuff. –Mosi Reeves 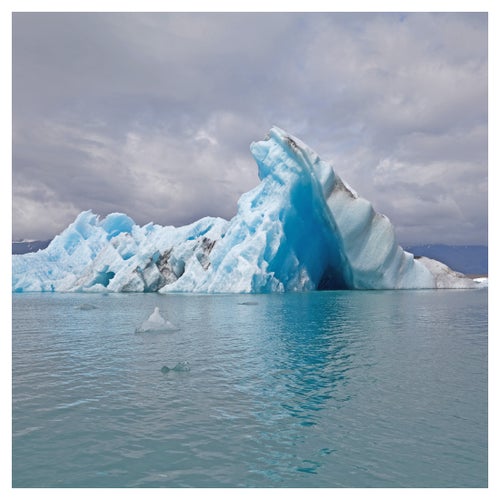 Though the South Florida act frequently are tagged “surf rock,” their fourth full-length finds them reducing the frothy twang suffusing previous efforts to mere shading and well-placed accents. Instead, the group pushes their love for quirky, sweetened alt-pop to the fore. The smoothly curling harmonies on “Dino Jay” are deeply inspired by vintage Brit pop, while “Carrier Pigeon” is all about shimmering, psychedelic-kissed twee. The bulk of the cuts pivot on beats that feel relaxed and pulsating at the same time (a Surfer Blood trademark). One of the outliers is “Instant Doppelgängers,” which is built from an eccentric, looping groove that recalls early Talking Heads. –Justin Farrar 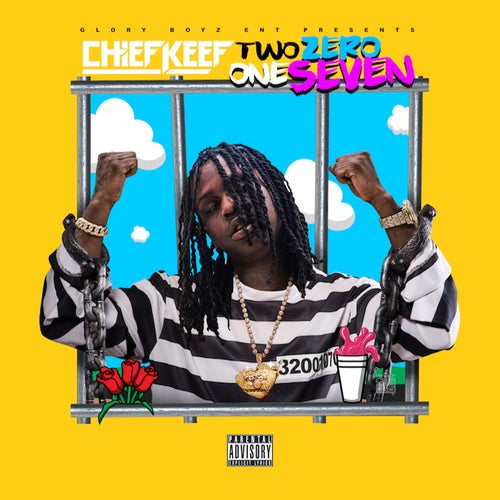 Chief Keef may be years removed from his brief spotlight in the rap mainstream with Finally Rich, but he still enjoys a wide cult following. Two Zero One Seven showcases a musical style that the Chicago rapper’s fans have become familiar with: drawling, evocative boasts, a murky trap sound, and stray references to his tumultuous offstage life. “When I look in the mirror, sometimes I see a demon,” he raps on “Reefah.” Highlights from this mixtape include “Falling on the Floor” and “Hit the Lotto,” and the latter includes a cameo from his sister Kash.–Mosi Reeves 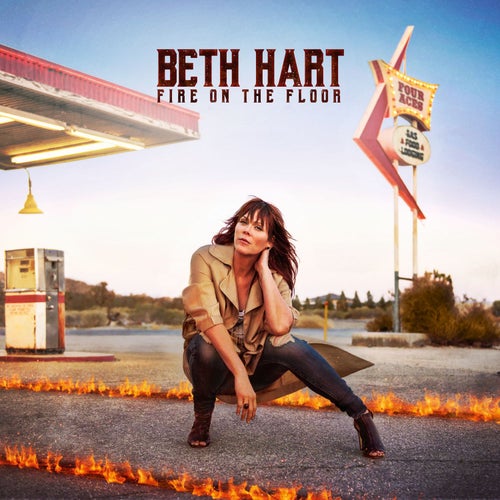 Beth Hart, Fire on the Floor

Oozing confidence and ambition, Fire on the Floor is singer/songwriter Beth Hart’s coming out party. Hot on the heels of the hard-to-define talent’s critically lauded collaborations with guitarist Joe Bonamassa, the set shows off the her smoldering ability to burn through heart-aching blues (“Love Gangster”), sumptuous jazz (“Jazz Man”) and uplifting soul-pop (“Let’s Get Together”). With each successive cut her expansive vision only becomes more and more impressive. As for the arrangements, they’re rich yet tough, just like Hart’s singular voice, which in its most sublime expressions (see the piano ballad “No Place Like Home”) recalls the great Nina Simone. –Justin Farrar 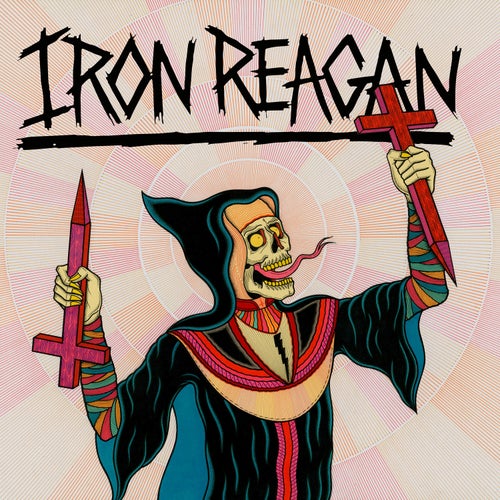 Ringing in a political era presumably conducive to hardcore harangues, these Virginia thrash-punks’ third album squeezes 18 songs into half an hour. The longest (“Dead With My Friends” –- the only track over three minutes –- and “Twist Your Fate”) accrue the thickest metal-riff viscosity; the shortest  (“Eat or Be Eaten,” “No Sell,” and the 5-second “Parents of Tomorrow”) are more or less jokes. But “F___ the Neighbors” induces the most laughter, since who cares how green their lawn is when they call the cops. Warmongers, megachurches, and a world on life support spur righteous anger as well, often via Black Flag-ish gang choruses. –Chuck Eddy