If 2016 has blazed an unusually bitter trail of losses and anxiety, we can be all the more grateful for the visionary artists who keep us connected to music’s tradition — and who point a way forward. This list pays tribute to a colorful spectrum of musicians who are making this tradition relevant to contemporary life. Also among the best of 2016 are the fresh voices of composers like Kaija Saariaho, who had a breakthrough moment at the Met, and Mohammed Fairouz, a passionate humanist whose music reflects our urgent condition. 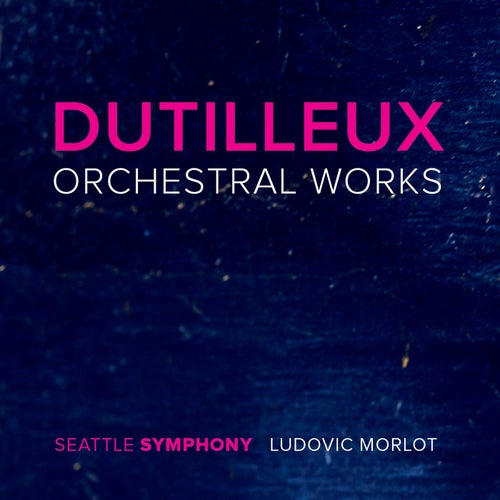 Ludovic Morlot and the Seattle Symphony have completed their survey of all the orchestral works of French master Henri Dutilleux in a luminous series of live recordings. They find the perfect balance of sensuousness and precise detail to make these modern masterpieces bloom.

This year saw the release of an intriguing documentary, The Music of Strangers, about the Silk Road Ensemble and its founder, cellist Yo-Yo Ma. Sing Me Home accompanies the story of this pioneering collective of international musicians who cross-fertilize musical traditions. A beautiful illustration of that is their remake of the beloved Largo tune, “Going Home,” from Antonín Dvořák’s New World Symphony, which has taken on newfound relevance in our times of migration.

The end of 2016 witnessed a watershed moment of music history when Finnish composer Kaija Saariaho’s L’Amour de Loin became the first work by a female composer to be staged at the Metropolitan Opera in more than a century. Her complex, but arrestingly beautiful compositional voice can be sampled in this collection of chamber music including “Cendres,” in which Saariaho explores the three different voices of the Wolpe Trio.

Since taking over leadership of the storied Boston Symphony Orchestra, Andris Nelsons and the ensemble have been making headlines with their performances of Dmitri Shostakovich. Titled Under Stalin’s Shadow, this installment in the series includes a thrilling account of the Fifth Symphony, in which the stakes were at their highest for Shostakovich, who had recently been denounced by Stalin’s cultural police.

Mohammed Fairouz is becoming the voice and conscience of a new generation of composers. Next year brings a major opera, The New Prince, at Dutch National Opera, among the globe’s most highly regarded companies. Zabur, recorded by the Indianapolis Symphony and Symphonic Choir under Eric Stark, is an oratorio in which Fairouz sets the Psalms in Arabic as part of a deeply moving war requiem, all set in the shelter of a mercilessly bombed city.

There simply is no way to exhaust the possibilities of Johann Sebastian Bach’s musical universe — certainly when it comes to the Sonatas and Partitas for Solo Violin. American violinist Rachel Barton Pine’s recording of the complete set is a study in piercing clarity and depth of insight.

John Corigliano’s commission to write a grand opera for the Metropolitan at the end of the 20th century resulted in a multilayered meditation on the French Revolution and the workings of history inspired by playwright Beaumarchais’ Figaro characters, who are best known from Mozart and Rossini’s operas. The Los Angeles Opera’s new production in 2015 emphasized the remarkable inventiveness as well as poignancy of The Ghosts of Versailles.

The Danish composer Hans Abrahamsen stunned audiences with the mysterious beauty and musical poetry of let me tell you. This is a song cycle he wrote for Barbara Hannigan, one of the most lauded sopranos in today’s new-music scene, and gives voice to the character of Ophelia from Shakespeare’s “Hamlet.”

Next year will bring the world premiere of Mason Bates’ opera on Steve Jobs. You can dip into his musical world with this superb anthology,Works for Orchestra, performed by the San Francisco Symphony and Michael Tilson Thomas, early and consistent champions of the composer.

Chamber Orchestra of Europe and Yannick Nézet-Séguin, Mozart: The Marriage of Figaro

Named new music director designate of the Metropolitan Opera starting next year, Yannick Nézet-Séguin has been proving his magic touch conducting opera with performances like this one of Mozart’s The Marriage of Figaro, featuring the Chamber Orchestra of Europe and a first-rate cast.